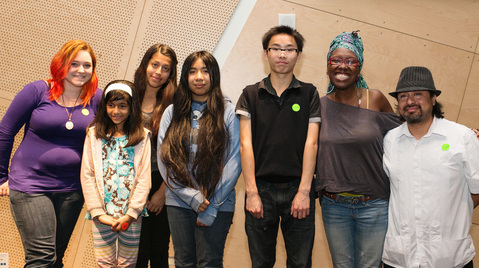 
Nine young people stood on a stage recently in San Francisco to read their poetry — and two others detained in juvenile hall had their recorded voices presented.
"You can feel the heat and desperation," read student K.M. from his poem about the sun, recorded at the San Francisco Juvenile Justice Center. Read the story.

Sins of the father, gifts of the daughter
Wende Ballew confronts her anger in a Texas prison
Atlanta Journal-Constitution

Wende Ballew's rented Vista Cruiser barrels down I-45 across the arid expanse of South Texas, the air conditioner blowing hard on a 104-degree day in June. Her Oldsmobile turns off onto U.S. 190 and heads toward the town of Huntsville.
She is traveling across the flatness of the Texas landscape to a strange meeting. moving into the stuff of Shakespeare, the measured words of the Bible.
She is heading straight into the question: What is evil?
Read the story.

Musicians with the Alabama Blues Project bring blues music to schoolchildren who may not know it’s part of their own heritage -- an African-American art form invented in the South.  Read the story.

DIG A LITTLE BENEATH THE SURFACE of Atlanta theater and you might find a pipeline from Kennesaw. That’s because Kennesaw State University appears to be sending more than its share of actors, directors, playwrights and designers to Atlanta stages.
Read the story.

Out of the dark: Student rebuilds life after unexpected breakdown
Atlanta Journal-Constitution

Kimberly Minor drove pell-mell from Clark Atlanta University, where she was a freshman, and pulled into the steep driveway of her parents’ three-story stucco house on a cul-de-sac in Lithonia.
Her father, Stephen, a heavyset man with close-cropped hair, came out of his basement office, surprised to see his daughter in midafternoon.   Read the story.

The popularity of bull riding has grown by leaps and bounds, but the event poses big risks for riders.  The Professional Bull Riders tour came to Gwinnett on Jan. 18-19. Read the story.
​

Vivid red and gold leaves as well as ruby-red apples draw people to North Georgia this time of year. Head to the mountains, soak in the color, and come home with bounty. Read the story.

So you're single ... big deal. Here's how to savor Valentine's Day
Atlanta Journal-Constitution 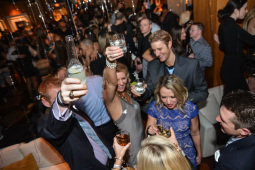 Cypress Pint & Plate is looking for a few good singles. So is the Sidebar. Or head to Buckhead to Whiskey Blue.
Read the story. 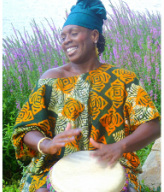 Race Dance: An interview with Soyinka Rahim
Can dancing together improve understanding between the races? Can it bridge the gap between the generations?

Soyinka Rahim believes it can, and she's bringing her Race Dance project to Atlanta on Sept. 16.

It's a workshop developed in Oakland, Calif., a city with an active public dialog on the subject of race and which was the setting of a new movie, "Fruitvale Station," about a police shooting of a young black man.

The actors warm up just moments before showtime. Backstage, there’s a quick whispered exchange between director and performer. Outside, muffled chatter, a chortle of laughter as the audience settles down. Then Larry Schultz  strides onto the stage and launches into a rousing song from “Marat/Sade.”
Cold Soup Dinner Theatre has begun.
It's among a growing number of semi-public performances -- including house concerts.
Read the story.  See photos.

Katrell Christie stands behind the counter of her tea and coffee shop in Atlanta. Threadbare oriental carpets cover the marred concrete floor. Here she launched her dream of making college possible for a group of young women in India. Read the story.

At Rural Studio, a house for $20,000
Christian Science Monitor

With its vestiges of the Old South, Newbern, Ala., looks like a place that time forgot. But the town is home to an innovative architecture project that designs $20,000 houses for the rural poor.  Read the story.

Put down the book and pick up the video game. It's a requirement in Jason Seitz's American Government class at Georgia Perimeter College.
Read the story.

Looking for an inventive summer project for the entire family? A totem pole, bottle tree or even a "floral" sculpture made out of old china could spark everyone's creativity. Read the story.