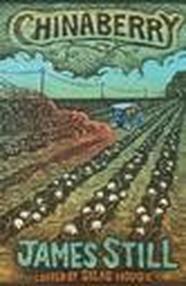 James Still lived most of his adult life in a log house not far from the Hindeman Settlement School in Kentucky. Known as the dean of Appalachian literature, he was the author of the novel “River of Earth” and numerous stories and poems.

Now, 10 years after his death at age 94, comes a new book, “Chinaberry,” a work edited — or more precisely, pieced together — by novelist Silas House.

It’s the coming-of-age story of a dirt-poor Alabama boy who travels to Texas in a mud-encrusted Model T and — with the logic of a fairy tale — happens into the path of a man desperate to replace his own lost son.

It’s set in the Texas flatlands, “where half the world is sky,” a land of shimmering heat and outsized men, where the language is stark and matter-of-fact, but where the characters are the stuff of legend.

Texas cattleman Anson Winters is one of them.

He stands tall, cool and crisp in the heat, with a crease in his pants and a scent of Lucky Tiger aftershave.

When the boy later asks him how they happened to meet, he says, “I was looking for you. ... I believed you were somewhere.”

Anson is a wounded man. His first wife had died, leaving behind a sickly baby. Anson cared for the tiny invalid child, carrying him with him night and day until Little Johnnes died at age 6.

Now he carries our unnamed main character around like a baby, coddling him and feeding him the tastiest morsels. Anson’s wife, Lurie, also takes the boy under her wing. We’re told that the boy is 13, but small for his age.

The strangeness of this grows on the reader. There’s a sense that this boy could become stunted, that the treatment of him, that seems so natural and sweet, could veer off, turn into something ... well ... wrong.

It’s written from the dreamworld of childhood, where things don’t have the context they have later. Nevertheless, the characters, and perhaps the reader, are walking a knife edge.

Still’s literary executors, who include the novelist Lee Smith, gave the unfinished manuscript of “Chinaberry” to House to put together for publication.

House teaches Appalachian studies at Berea College and is the acclaimed author of several novels, including “Clay’s Quilt” and “Eli the Good.” He drew together the pieces of the novel in the order he believed Still would have wanted. As a result, the book has a patchwork quality and an abrupt end. In some way, the gaps add to the mysterious quality of the story.

Part of the appeal of “Chinaberry” is the yearning felt by the adult characters and the wonder felt by the boy.

Lurie, for example, has been in love with her husband ever since she saw him playing third base on his high school ball team. “I love you,” she told him as he retrieved a ball near the fence. “Go play with your dolls,” he said. “You are my doll,” she replied.

Lurie’s passion for Anson adds to his mythical stature. We see him partly in the way young children view their fathers: tall, strong, loving and larger than life.

The boy, on the other hand, is small and has little knowledge of the world. His family back in Chambers County, Ala., has only four books. One of them is the Bible, but they are so awed by it that they never open it. Everything is new to the boy.

Still creates for us an unsophisticated world. There’s no irony, no second layer of knowledge coyly concealed from the first.

Things are at face value, but they are symbolic, round and full with meaning.

Through the character of the boy, “Chinaberry” tells us that what we learn of the world is fully tempered by the way we receive it — shaped by our own heart.

House says it’s Still’s greatest work. He may be right.